Posted in Car Accidents,Metro on February 4, 2016 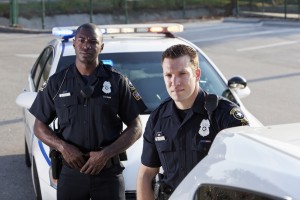 According to a January 2016 report in the Las Vegas Review Journal, Las Vegas police are responding again to non-injury automobile crashes.

This is good news for motorists. Due to a manpower shortage, in March 2014 the Las Vegas Metropolitan Police Department (“Metro”) stopped responding to accidents where no one seemed to be injured, or where no one was suspected of impairment. Metro also stopped accepting accident reports at police substations, instead advising parties involved in accidents to collect the other driver’s name, address, license plate number and type of car for insurance purposes.

The problem with the former Metro policy was that drivers who are in car accidents often don’t realize that they have been injured until later, sometimes even days after the accident when the adrenalin rush from being in the accident wears off. As a result, many injury cases were not documented, often resulting in disputes about who was at fault or even whether there was an accident at all.

Drivers should still dial 311 to report non-injury crashes in Las Vegas and unincorporated Clark County. Accidents with serious or life-threatening injuries should be reported to 911.

The change in Metro policy was made possible by an increase in Clark County’s sales tax rate, which provided the funds for Metro to hire additional officers.

If you or a loved one have been injured in an accident, call Koch & Brim today! Our Las Vegas car accident lawyers can answer any questions that you might have, explain your rights, and make the entire process easy.