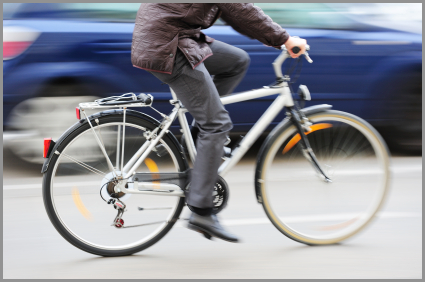 Millions of people enjoy riding their bicycles regularly.  Bicycling is good for your health, it is easy on your wallet, and it is good for the environment.

As with every form of travel, there is a risk of injury when you are riding on a bicycle.

The Risks Of Riding Your Bike

However, if you have been injured while riding, contact a bicycle injury attorney in Las Vegas today.

In 2013 there were 743 deaths involving bicycles in the United States. That same year there were about 48,000 reported bicycle accidents. Since only a small fraction of bicycle accidents causing injury are ever recorded by the police, the actual number of accidents is certainly much higher. Especially if you include the number of hit-and-run accidents that occur every year.

The fear of getting in an accident deters many people from riding bicycles. That is especially true in areas where there are no dedicated bicycle travel lanes. Fortunately, many new bike trails have been constructed in Las Vegas in recent years. Maps of these bike trails can be downloaded from the internet. See, for example, http://www.rtcsnv.com/cycling/bike-route-trails-map/

Contact us today if you have been injured because of someone else's negligence. Please fill out the form for a free consultation.

DISCLAIMER: The information you obtain at this site is not, nor is it intended to be, legal advice. You should consult an attorney for advice regarding your individual situation. We invite you to contact us and welcome your calls, letters and electronic mail. Contacting us does not create an attorney-client relationship. Please do not send any confidential information to us until such time as an attorney-client relationship has been established.

We ARE open during the coronavirus crisis and available to help.  Please call us at (702) 451-3900 so that we can discuss your case with you, or contact us here.